Kuala Lumpur, 13 Sep – The general concept of waqf should be familiar to us as a predecessor of modern trusts and endowments. Although some have argued that the practice of waqf may have existed well before the advent of the Islamic religion, Islam was in fact the first religion to develop a comprehensive legal framework that promotes, guides and fosters the development of the institution of endowments and charitable trusts. A donor endows a waqf with an asset and, in doing so, makes an irrevocable transfer of that asset, while also stipulating the intended charitable use of the funds it generates. 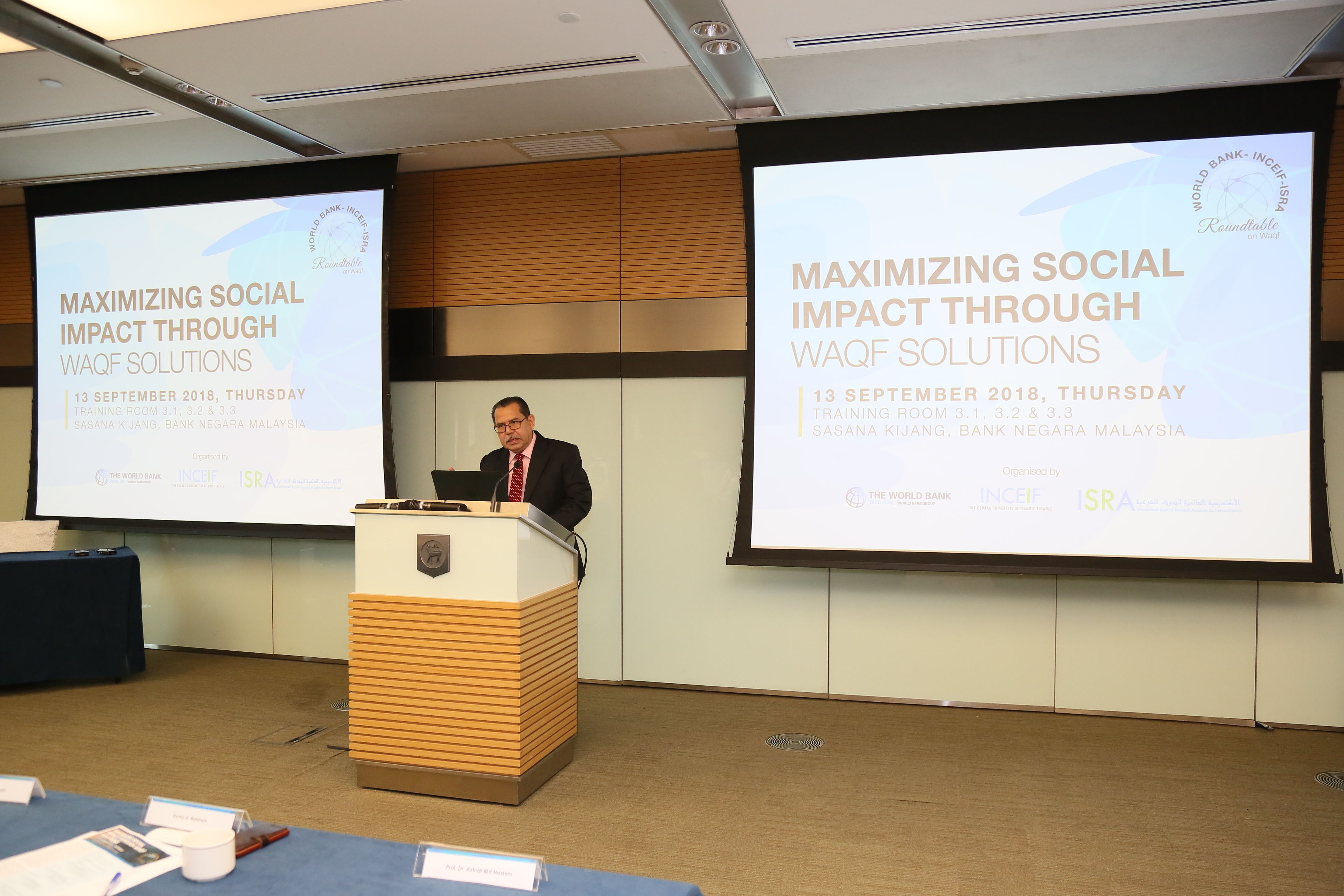 Waqf, as an important Islamic institution that underlies economic development, has been effectively utilised since the early Madinah period to inspire economic growth and expansion. The benefits it provided encompassed economic, commerce, education, health, social and spiritual dimensions.

As one of the social finance tools, waqf has been instrumental in the alleviation of poverty and socio-economic development for over 1,400 years. It has been adopted and applied even outside the Islamic world. –Its contribution to social development has been exemplary. For example, Waqf (endowment) has been utilised at the establishment of the Oxford University’s Merton College in 1264. Throughout Islamic history, waqf was the main provider for many of the social services that today are financed by the state, including for education, healthcare, infrastructure development and maintenance as well as social welfare provisions for the poor and destitute. Waqf institutions have also supported a more equitable distribution of income and wealth as wealthy individuals and families released property into the service of the people for ‘doing good’.

Although a significant number of waqf institutions exist globally, the success of these institutions rely on efficient governance, regulation, supervision mechanisms and effective management. Since most countries and regions do not have enabling waqf regulations or monitoring processes, the value and output of awqaf assets are mostly on the decline. The potential however, is enormous. Malaysia, for example, has almost RM1.2 billion in waqf land value (Source: Yayasan Waqf, 2016), with research suggesting that only 2% of total acreage has actually been developed.

The latest statistics in United Nation’s Global Issues report show that almost half the world’s population or over 3 billion people live on less than US$2.50 a day; 640 million live without adequate shelter; 925 million people suffer from hunger; 400 million have no access to safe water; 270 million have no access to health services; 10.6 million died before they reached the age of 5 and 1 billion are illiterate. Therefore, the urgency in implementing funding instruments such as waqf that are aligned to the belief system of contributors and needy communities alike, has not been more pronounced than now.

In view of the huge potential of Waqf, INCEIF together with The World Bank and The International Shari’ah Research Academy for Islamic Finance (ISRA) today organised a one-day roundtable on Waqf with the theme `Maximising Social Impact Through Waqf Solutions’. The speakers included those from international organisations that have been acknowledged as some of the best examples of successful Waqf institutions. 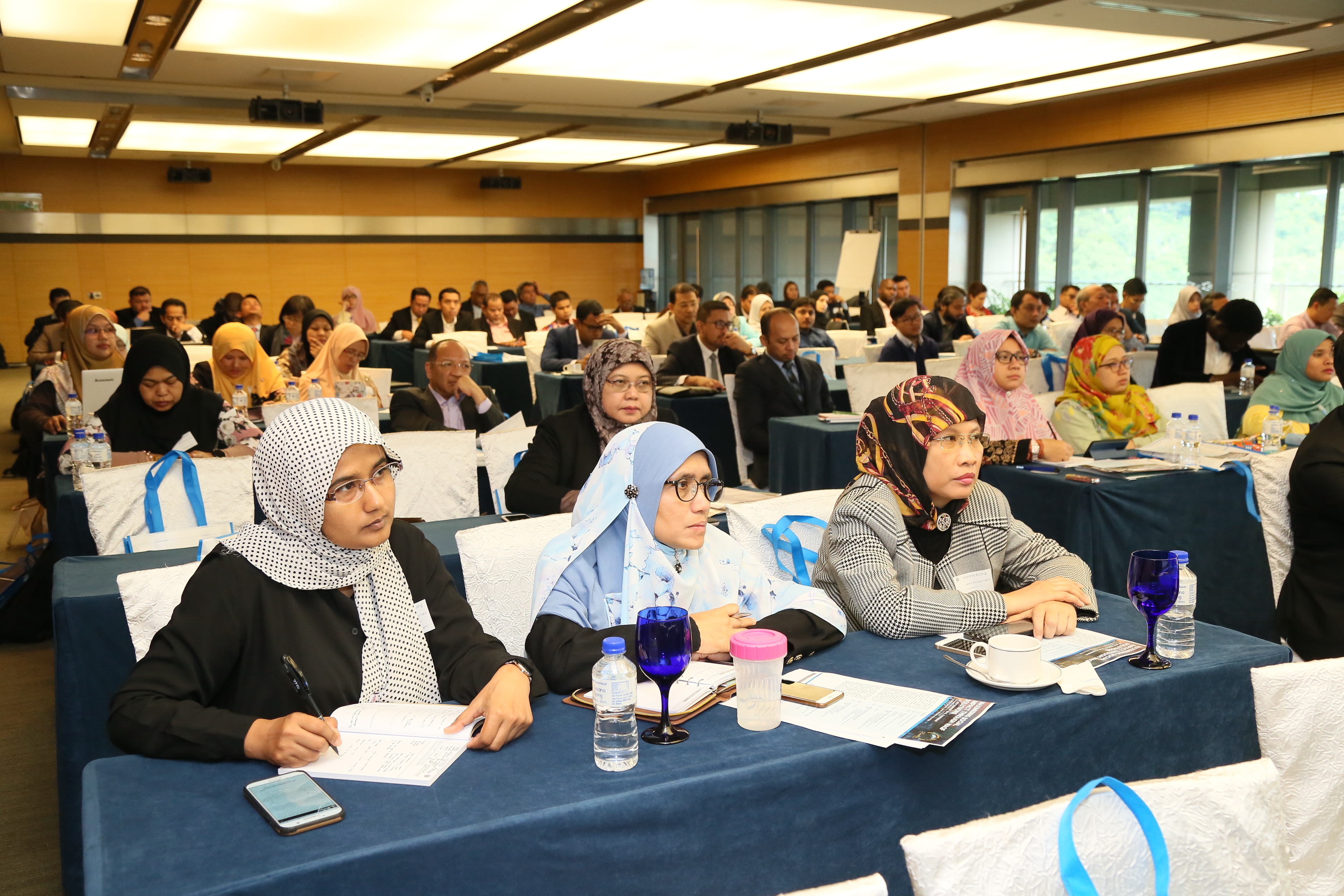 The discussions touched on the advances made in waqf instrumentation, the potential for more innovative solutions and the support it might provide in addressing various developmental challenges. The panel discussion on `Towards an Enabling Framework for Waqf Institutions’ focussed on the enabling policy, regulatory and institutional frameworks to support the successful operation of waqf institutions. It also covered existing Shariah resolutions and global fatwa on waqf-related issues.

Prof Dato’ Dr Azmi Omar, President & CEO of INCEIF said It was time that formal Islamic finance goes back to its core ideals, extending its impact over the entire landscape of economic development. The recent global drive towards a more equitable existence is acting as catalyst for the resurgence of formal Islamic social finance such as waqf. It is hoped that this could significantly contributes towards unified approach to global equality and achieve a ‘better world’.

“As a university that strives to be a thought leader on Islamic Finance, INCEIF intends to lead the progress on research on waqf as an essential pillar of the Islamic economy, embracing technology in order to enhance the efficiency in the endowment acquisition and its long-term management. There are novel approaches to more effective management and development of waqf institutions and the endowed assets. At INCEIF, our specialist researchers have already made an indelible mark on advancing these instruments for the benefit of humanity at large,” he added.

Dr Firas Raad, Country Manager for the World Bank Group’s Global Knowledge and Research Hub in Malaysia said :”Islamic social finance tools have been instrumental in the alleviation of poverty and socio-economic development for centuries. At the World Bank, we see a role for waqf institutions to promote global efforts to achieve our twin development goals i.e. ending extreme poverty and promoting shared prosperity in every country in a sustainable way. 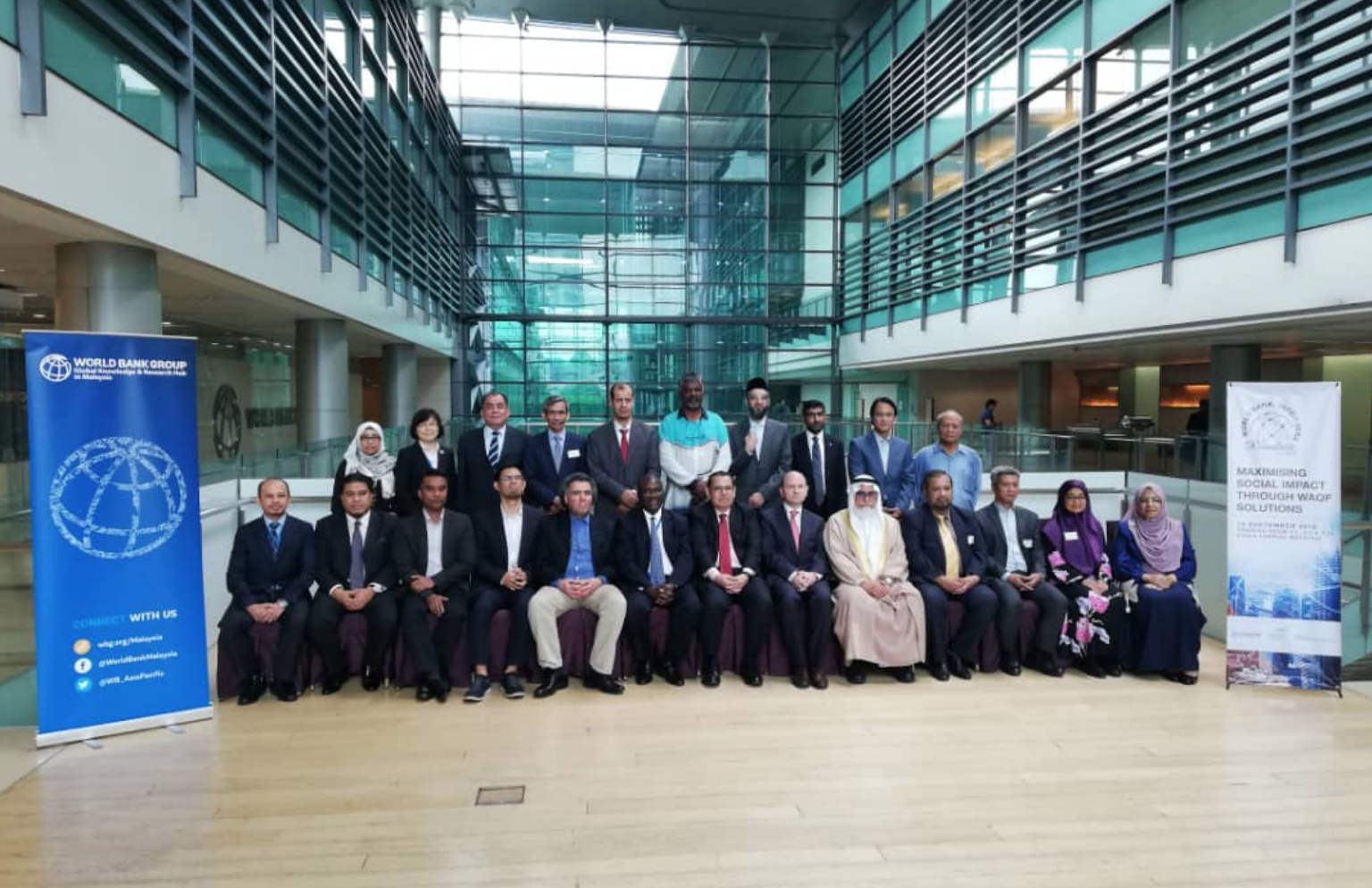 “These two goals are part of a wider international development agenda and are intimately related to United Nation’s Sustainable Development Goals. We collaborate closely in this area with the Malaysian Government and want to thank our partners for this fruitful collaboration,” Dr Firas added.