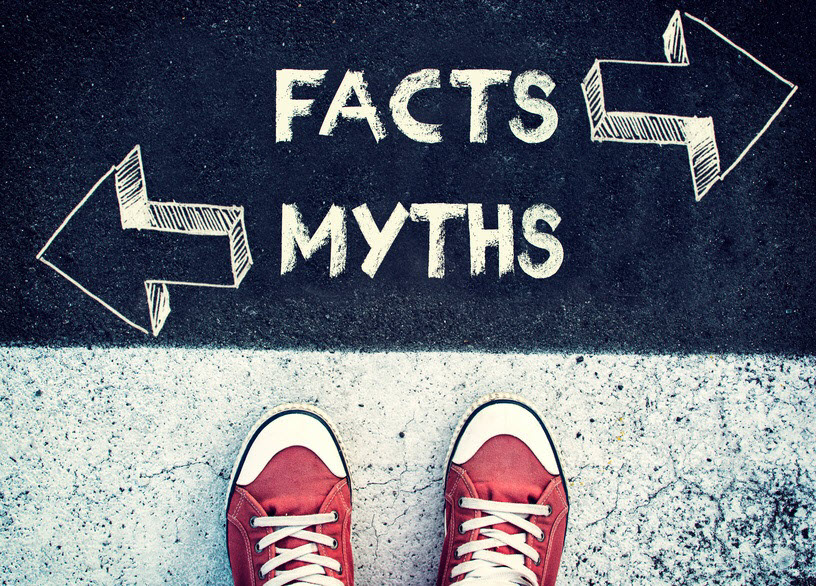 With the growing impact and influence of Islamic civilisation, including the fast-evolving discipline of Islamic finance, it is necessary to clear up misconceptions and debunk myths that may be the source of misunderstandings about the industry. This is to ensure that Islamic finance is presented in a fair, balanced manner as a genuine ethical business aimed at serving the needs and demands of the market, just like any other financial discipline.

This is by far the most common misconception, and also the easiest excuse to disregard Islamic finance as a legitimate discipline. The fact is, Islamic Law (“Shariah”) categorically condemns terrorism, as it considers any overt and illegal use of violence a heinous crime, even more so when the innocents are involved. All institutions engaged in Islamic finance are strictly prohibited from knowingly assisting or participating in any acts that constitute terrorism, or may lead to it.

Certainly, the complex nature of international finance is such that even the most vigilant Islamic financial institution may, without their knowledge, become a tool for those intent on conducting terrorist activities. Irrational phobia against Islam and conspiracy theories aside, there has not been real, solid evidence to justify allegations linking Islamic Finance to terrorism.

This is another big misconception, but one that is far easier to address than most, seeing as conventional banking groups such as Citigroup, HSBC and Standard Chartered, among others, are already offering Islamic financial services. This is proof that no prohibition exists in terms of the use of Islamic financial products by non-Muslims, nor are there laws stating that non-Muslims may not own institutions offering such products and services.

As for the prohibition against usury, that is, investments in unethical or immoral sectors such as alcohol, gambling and pornography, it should be noted that other major world religions including Christianity, Judaism, Buddhism and Hinduism also impose this restriction. Many non-Muslims abstain from investing in such businesses as well, whether as a matter of religious, cultural or personal principle.

Islamic finance shouldn’t be seen as divisive, but instead as an alternative for conducting financial transactions according to a set of defined ethical values and parameters that differ from the commonplace. More importantly, it should make commercial sense, or it would be unlikely that any individual, Muslim or non-Muslim, would willingly engage in it. It’s interesting to note that the first ever company to issue a Sukuk (Islamic Debt Security) was Shell MDS (in Malaysia or in the world?), a multinational company. Many other multinationals, including giants such as Nestle and GE, have followed suit.

As proof of its universal viability, Islamic finance has also been in the Vatican’s official newspaper, Osservatore Romano, which stated that “The ethical principles on which Islamic finance is based may bring banks closer to their clients and to the true spirit which should mark every financial service.”

3 – It is Just an Islamic Copy of Conventional Finance

It’s easy to assume that Islamic finance is a mere replica of conventional finance, seeing as there are many similarities between the two, especially in terms of the economic objectives for end users. Because the distinction between these two forms of finance is not obvious, it’s easy for critics to disregard the differences.

However, the fact remains that at its root, Islamic finance is governed by some fundamental principles that are very different from conventional finance, including prohibitions against riba (usury/interest), maisir (betting/gambling) and gharar (dubios ambiguity), which Islamic Finance products are designed to remove. Similarly, Shariah compliant stock indices have constantly performed differently from non-Shariah compliant indices, and the Islamic finance sector has been far more resilient in the face of the global financial crisis so how can it be said that Islamic finance is merely a replica of conventional finance?

4 – It is Automatically Immune from Unethical Practices

This assumption of virtue makes it easy for unscrupulous parties to misuse and abuse the name of Islam to prey on unwary individuals. There have been many cases of fraud, breach of trust and mismanagement that have occurred in the name of Islamic finance, therefore it is the responsibility of the stakeholders of the industry, from its supervisory authorities, regulators and practitioners to investors and the public at large, to remain vigilant at all times.

Examples of these cases include Al-Rayyan, a self-proclaimed Islamic Investment Company established in Egypt that was in reality a pyramid scheme that caused losses of over E1 billion to more than 400,000 investors and led to the fall of many similar companies. Even the Dubai Islamic Bank has suffered two major embezzlement cases, in 1997 and more recently in 2008.

The fact that authorities such as AAOIFI (Accounting and Auditing Organization for Islamic Financial Institutions) and IFSB (Islamic Financial Services Board) have developed comprehensive governance standards for the industry proves that Islamic Finance is not immune from unethical practices.

5 – It is Aimed Towards Islam’s World Domination

If Islamophobists are to be believed, Islamic finance is fifth generation warfare that aims to replace the current financial system and ultimately bring about the domination of the world by Islam. And yet, they don’t explain how this is possible, seeing as the entire Islamic financial industry makes up less than 1% of the global financial system, and, more importantly, how Muslim-majority countries are among the most impoverished and underdeveloped in the world. In fact, the collective gross domestic product of the 56-member Organisation of Islamic Conference (OIC) makes up less than 5% of the world’s total, with intra-trade volume of just around 7% of total global trade. Many Islamic countries also suffer from prolonged wars, unrest and social strife, and therefore are too bogged down by issues such as economic survival and community well-being to be able to focus on pushing Islamic finance to greater heights.

In fact, it practically contravenes the teachings of Islam to have it associated with such a material concept as “world domination”; the religion itself teaches that this world is temporary and that the Hereafter is what’s truly permanent. Therefore, if there are Muslims proclaiming that Islam is destined to dominate the world and that Islamic finance is a vehicle for their financial jihad, they definitely do not speak for Muslims in general.

To draw a comparison, halal (kosher) food has been around for over 1400 years, and is today available for consumption everywhere, including non-Muslim countries. Yet no one has ever mentioned that this is a plot that will lead to the demise of non-halal food and pave the way for Islam’s world domination.