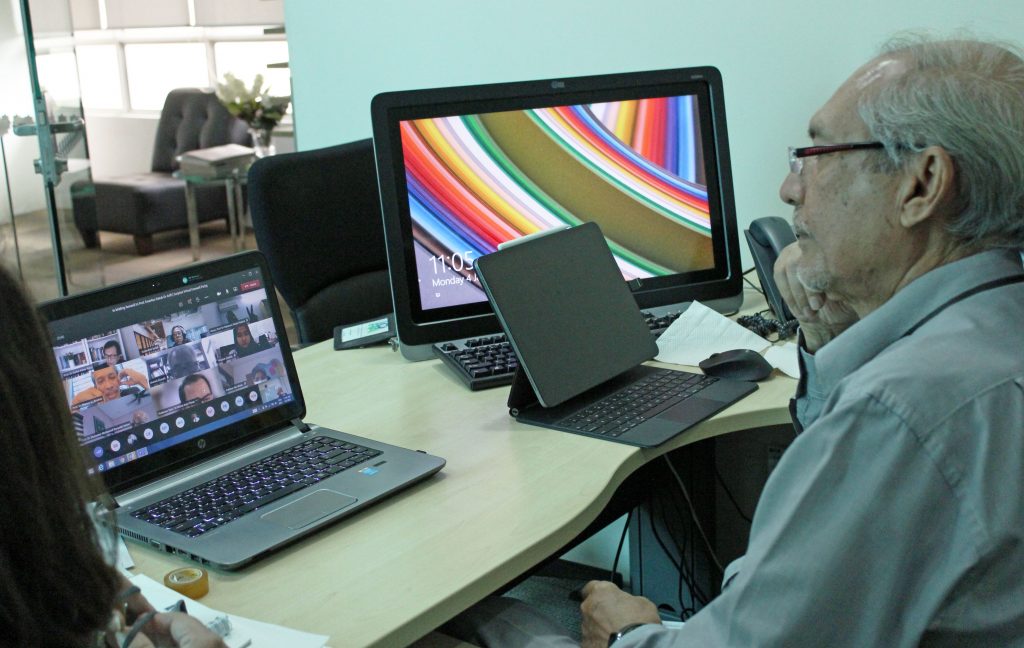 Datuk Ariff, 80, joined INCEIF in 2010 as a Professor at the then Department of Economics and Governance. A specialist in International Economics, he taught International Finance and Seminar in Economics during his time at INCEIF. He also supervised a number of PhD candidates.

INCEIF held a hybrid on campus and online farewell for Datuk Ariff today on his last day at work.

In his farewell speech, Datuk Ariff said: “I can’t find the right words to express my inner feelings. This is my third, and hopefully my last retirement from work. I was at University Malaya for 31 years, then 12 and a half years at MIER (Malaysian Institute of Economic Research) and lastly, 10 years at INCEIF. Although this was the shortest time relatively, I must say it is my most enjoyable time.

“It is true what people say, teaching keeps one young. I enjoy meeting new students over the years. Here at INCEIF, the diverse students in terms of background and nationalities keep the classes interesting. I will be teaching or exchanging views with a pharmacist, a biologist and a lawyer at the same time, and the classes have a balanced mix between Malaysians and international students from all over the world.

“Finally, the camaraderie among INCEIF staff is akin to family members rather than simply co-workers. It was wonderful interacting with everyone. I wish INCEIF all the best. There is still so much potential for the university to realise in the days ahead. I will be with you, at least in thoughts.”

INCEIF President & CEO Prof Datuk Dr Azmi Omar in thanking Datuk Ariff for his decade long service, said INCEIF would still look to him for his guidance and advice from time to time. 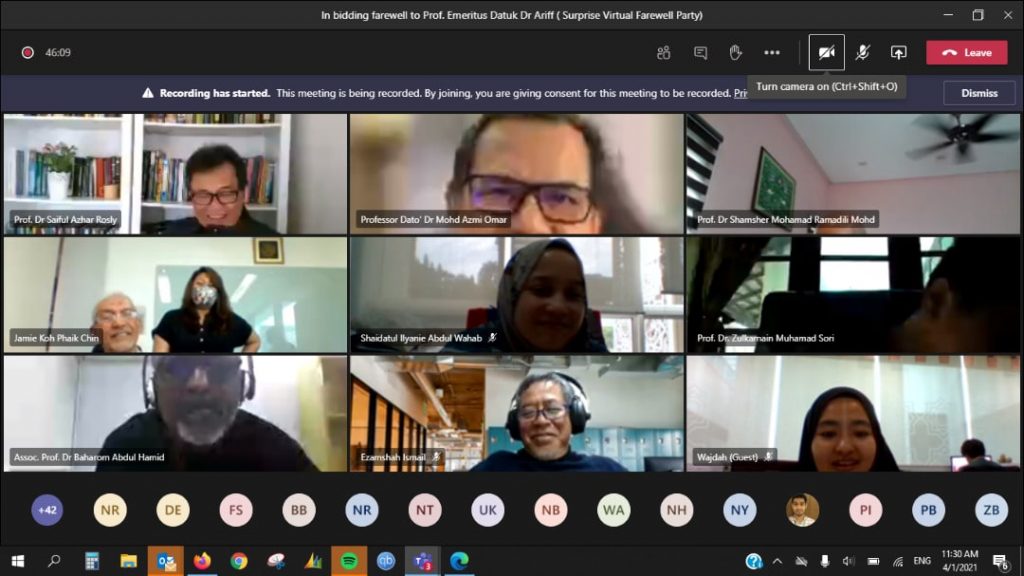 “Your scholarly works have benefited not only Malaysia but the global community. I am sure we will continue to hear from you even after this retirement, as I understand that you will continue to write,” added Datuk Azmi.

Other faculty members and staff, some of whom have either known Datuk Ariff as a university student or worked under him at his previous work places, also joined Datuk Azmi in expressing their gratitude to the man one of them called “a proper gentleman.“

Datuk Ariff holds the titles of Professor Emeritus at the Faculty of Economics and Administration (FEA), University of Malaya, and Distinguished Fellow at MIER. He was the Executive Director of MIER from June 1997 until December 2009. Previously he had held the Chair of Analytical Economics at the University of Malaya where he had also served as the Dean of FEA.

Datuk Ariff obtained his B.A. with First Class Honours and M.Ec. from University of Malaya.  He completed his PhD at the University of Lancaster, England, in 1970, as a Commonwealth Scholar.  He had a brief stint in the private sector as the Chief Economist at the United Asian Bank in 1976.

He has authored, co-authored and edited many books and monographs, in addition to publishing numerous articles in academic journals and mass media.  His book “The Malaysian Economy:  Pacific Connections – published by Oxford University Press – won the prestigious Tun Razak Award in 1993.

Most of his works deal with international trade, foreign direct investments and regional economic integration.  He has also made some pioneering contributions to the theoretical and empirical literature in the field of Islamic Economics.

INCEIF wishes Datuk Ariff all the best. He has been a source of wisdom and guidance. Our sincere thank you for his invaluable contribution over the last decade. It will be difficult to fill the void left by his absence. 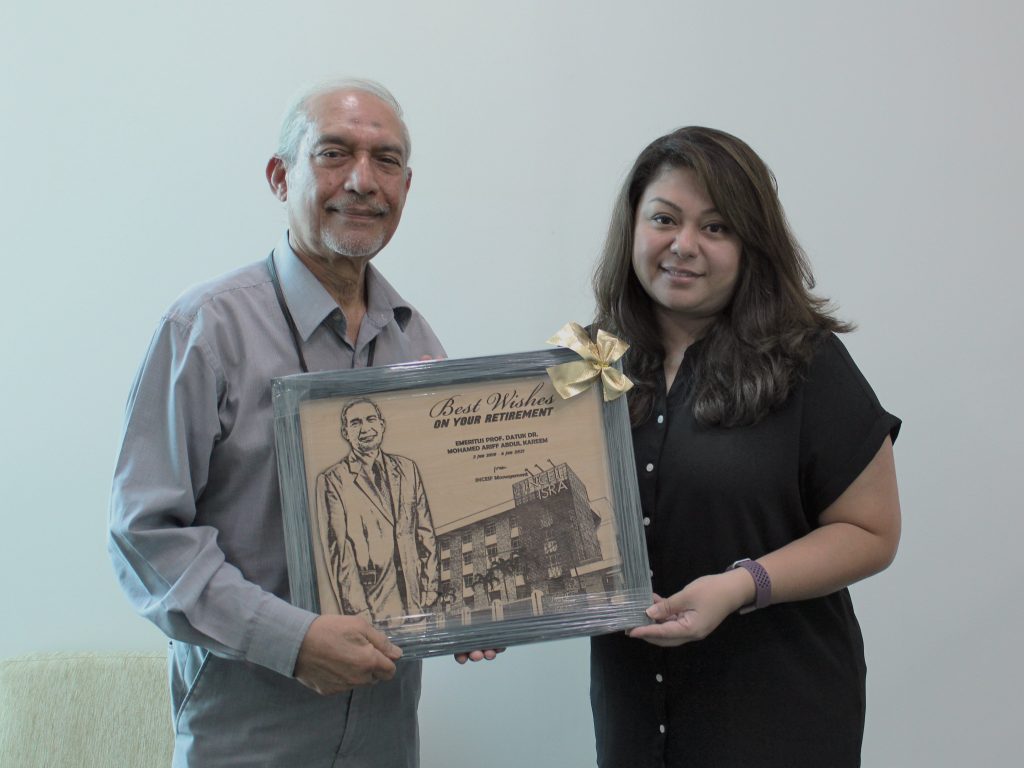